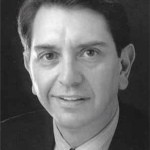 Dr. Robert Royal is the founder and president of the Faith & Reason Institute in Washington, D.C. and editor-in-chief of The Catholic Thing (www.thecatholicthing.org) His books include: 1492 And All That: Political Manipulations of History (1992), Reinventing the American People: Unity and Diversity Today(1995), The Virgin and the Dynamo: The Use and Abuse of Religion in the Environment Debate (1999, Eerdmans), Dante Alighieri in the Spiritual Legacy Series (1999, Crossroad), and The Catholic Martyrs of the Twentieth Century: A Comprehensive Global History (2000, Crossroad), The Pope’s Army (2006, Crossroad), and The God That Did Not Fail (2006, Encounter). Dr. Royal holds a B.A. and M.A. from Brown University and a Ph.D. in Comparative Literature from the Catholic University of America. He has taught at Brown University, Rhode Island College, and The Catholic University of America. He received fellowships to study in Italy from the Renaissance Society of America (1977) and as a Fulbright scholar (1978). From 1980 to 1982, he served as editor-in-chief of Prospect magazine in Princeton, New Jersey.

Among the other books he has published are: Jacques Maritain and the Jews (University of Notre Dame Press), Building a Free Society (with George Weigel), Crisis and Opportunity: U.S. Policy in Central America and the Caribbean (with Mark Falcoff), and, with Virgil Nemoianu, The Hospitable Canon and Play, Literature, Religion: Essays in Cultural Intertextuality. His articles have appeared in numerous scholarly journals and other publications, including First Things, Communio, the Wilson Quarterly, the Catholic Historical Review, Academic Questions, Image: A Journal of Religion and the Arts, The Wall Street Journal, the Washington Post, the Washington Times, National Review, and The American Spectator. He writes and speaks frequently on questions of ethics, culture, religion, and politics, has appeared on various television and radio stations around the United States, and has lectured in twelve foreign countries. Dr. Royal has also translated books and articles from French, Spanish, and Italian; most recently J.-P. Torrell’s Initiation à saint Thomas d’Aquin (Catholic University of America Press, 1996) Roberto Papini’s The Christian Democrat International (Rowman & Littlefield, 1997), and Yves Simon’s The Ethiopian Campaign and French Political Thought (University of Notre Dame Press 2009).